Not exactly diagnostics but I'm putting here for want of a specific location.

I normally use LR wiper blades but recently fitted Lucas blades from a local LR parts seller. Wipers were working fine up until the LR blades finally gave up the ghost,

As soon as I put on the Lucas blades the drivers side started lifting off at around 45° which wasn't especially good in the wet.

Swapping wipers between passenger and driver side didn't help, A bit of fiddling a few weeks ago improved the situation but didn't solve.

What seemed to be happening was that the airfoil on the drivers side was fouling on the insides of wiper arm when it was in park position. As the blade wiped across the screen it couldn't pivot, and lifted off the screen.

Finally had a chance to look at the issue properly today and it seems like the Lucas blades are slightly too fat in the transitions into the waisted section. A bit of gentle pressure applied in these area with vice grips seems to have solved the issue.

I had looked at the various LR and it seems to be a relatively common issue. Given that most of the advice I could find was "the arm is stuffed, replace it" or "you need to replace the airfoil" or both, a bit of simple reshaping for nix seems to a far better solution than $100+AUD on unnecessary parts.

Getting id of sensor values correct is just so last season...

I've had the 4 amigo's hanging about for a while and finally decided I better fit the replacement sensor that has been kicking around for the last month or two this morning.

Logical thing to do is pull the sensor connector and check the voltages with the Nanocom.

So I disconnect the sensor in the rear right wheel arch. 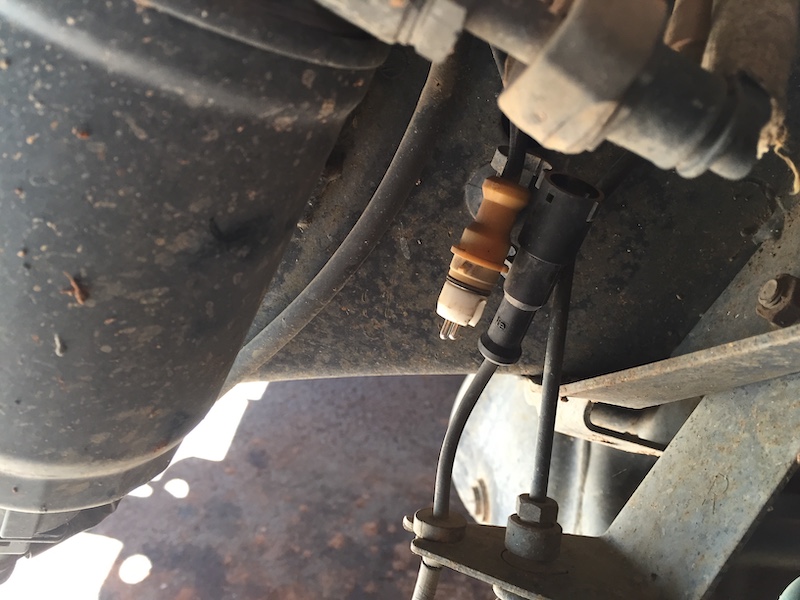 Then check the sensor voltages... 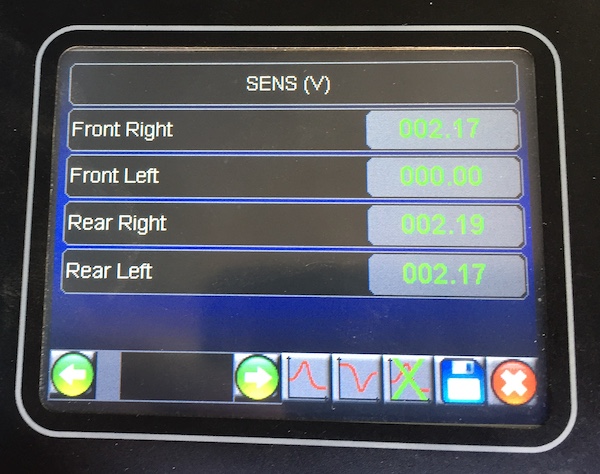 Cyprus, We have a problem..

Fortunately the fault codes are correct, and a quick drive revealed a rear right electrical failure.

We tend to assume that when you plug in a specialist fault code reader the codes that are reported are correct.

Unfortunately that faith seems to be misplaced.

Initially I thought this was a problem that only afflicted the Nanocom but a recent posting on a UK forum suggests that the Hawkeye suffers from the same problem.

The codes that had been posted will be familiar if anyone who as tried running an EU3 map on an EU2 vehicle.

The three "phantom" faults reported are caused by the lack of Ambient Air Temp sensor which is part of the 4 wire AAP/AAT sensor used on the EU3 engines. And the codes can be eliminated by adding an extra wire and the EU3 airbox lid and sensor.

But that doesn't explain why the fault codes do not reflect the actual fault.

It's not widely known that the EU2 NNN maps include code to process the output of the Ambient Air Temp sensor, although the data is not used by the engine maps. I currently have an EU3 4 wire AAP/AAT sensor fitted but have gone back to running EU2 maps. With this setup I discovered the AAT readings are returned as part of the live data. Unfortunately the AAT sensor is completely ignored by the Nanocom, despite multiple requests that this be added.

Given that both EU2 and EU3 NNN maps are AAT aware, it would be fairly surprising if the ECU code was setting incorrect fault bits.

Looking at the ECU code for EU2 and EU3 NNN maps shows that the bits which correspond to faults 4-3, 6-3 and 24-7 are set by code that handles the AAT sensor. So these faults should actually be shown as AAT faults - logged high, active fault, and voltage out of range.

So at this point I started looking back at the MSB code....

In other words the fault codes are correct on MSB ECU's, but wildly incorrect on NNN ECU's.

There was some internal reordering of ADC inputs done in the upgrade from MSB to NNN which means that 1 in 4 of the fault codes in the 1,x - 6,x range are incorrect. An additional fault in that range cannot be correctly identified without a code that is "invalid" for the MSB and therefore not reported by diagnostic tools.

Beyond the basic input checking codes (1,x - 6,x) there are additional errors and major omissions.

Checking out some of the faulty codes on forums I've seen at least one instance where someone was told to replace the throttle position sensor when the fault code actually related to the MAP sensor... It wasn't surprising to see that after forking out a few hundred for a new pedal the person reported back that the new pedal had not solved his problems.

Other problems with incorrect codes are deemed as "quirks" when it becomes obvious the "faulty" part is fine and advice descends rapidly into random part swapping recommendations.

You just have to wonder how much money has been wasted based on the these incorrect codes...