NB: These posts were partly written in conjunction with a thread on the D2BC website so the examples used are Discovery 2, EU2, Auto transmission versions of the Td5 engine maps. Be aware that there are differences between manual and auto, discovery and defender, EU2 and EU3, so you don't need to email me to point out my "error" when you see something different in your stock map.

As a lot of people seem to be confused about this post, I'll offer a quick summary: The lowest value of driver demand, smoke limit and torque limit is used to calculate fuelling. If you set the Torque Limiter to 75mg/fire at a point the driver demand map is requesting 48mg/fire then IQ value used is 48mg/fire. The change to the Torque Limiter has no effect.

To illustrate how the limiters and driver demand are arranged in the stock EU2 Auto maps, I've plotted the Torque Limiter, and the values for the last column of the Driver Demand and Smoke Limiter maps vs RPM.

These plots provide a good indication of how the maximum values across the three maps "stack".

First up let's look at the Stock Auto EU2 map.
It's pretty typical of standard tunes, and displays several features that are worth keeping in mind. 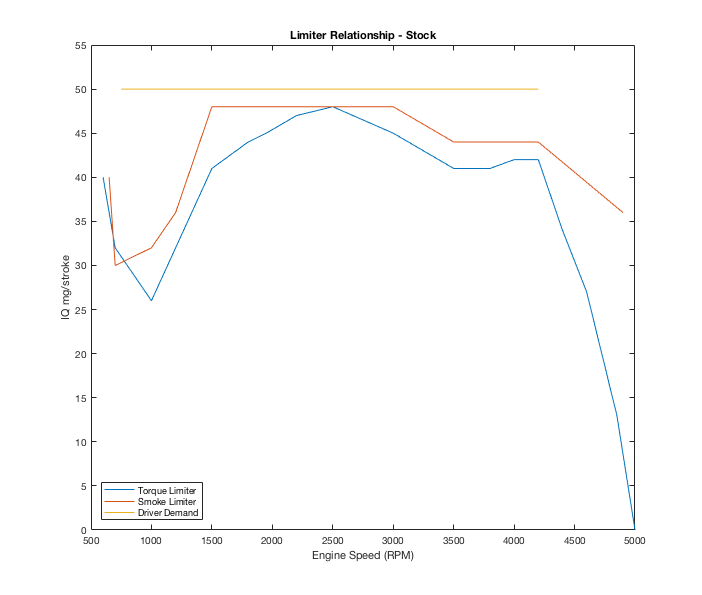 The main thing to note is clear separation of the maps, with Driver Demand having the highest maximum value. The smoke limiter has next lowest maximum, and the torque limiter has lowest max value of all.

It's good idea to keep this layering and clear separation of map maximum values when tuning. It avoids problems when the limiting value switches from map to map.

One of the most common problems with many remaps is that the tuner does seem to be aware of the interaction of the there main map groups.
The "Blaupause" map is a very popular eBay tune that attracts buyers with the low price and impressive claims. Reviews on a popular UK indicate people are quiet happy with the performance. This shows the stack up of the limits in a "Full Power" tune for EU2 Auto. 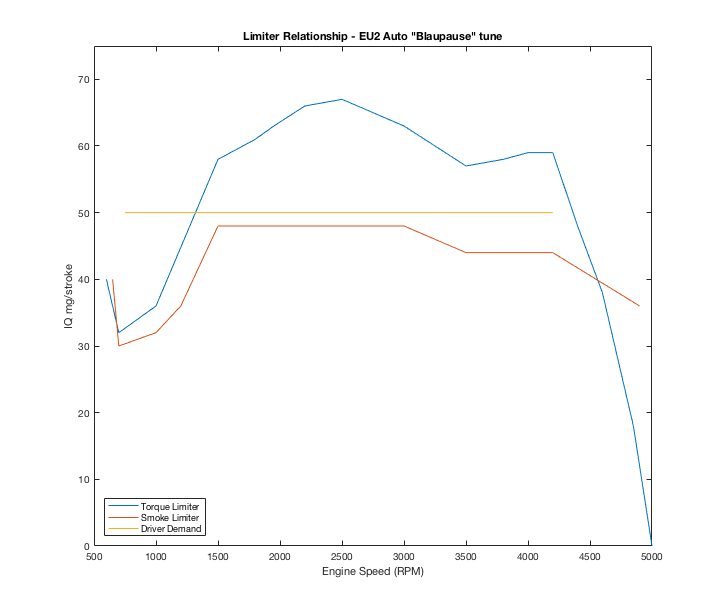 You'd assume that legendary Td5 tuners like Bell Auto Services would do better with their EU2 Auto maps? 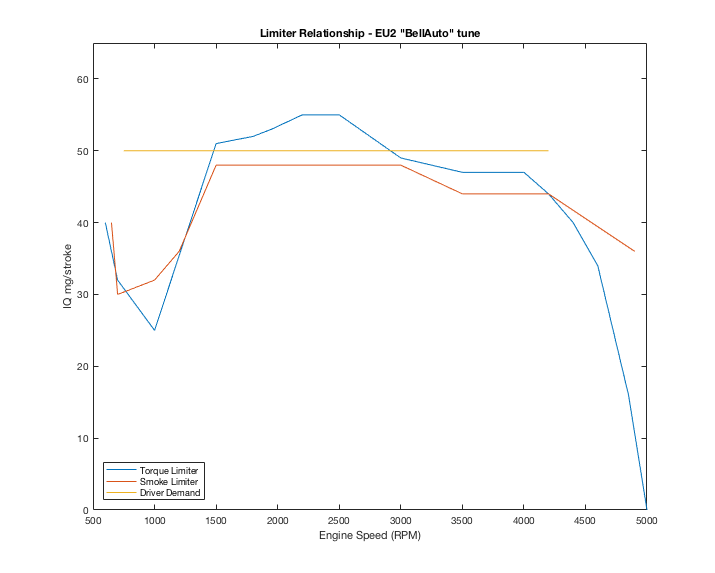 I was given this map to "help with my research" a couple of years ago by an Australian BAS agent. He did draw my attention to the "Not my best work, trust is an issue" annotation within the remap code, and the map is probably at least 5 years old.

What is obvious is the same limit collision at 1250rpm where the Smoke limiter under cuts the torque limiter, resulting in IQ restricted to approx 48mg. The transition from torque limiter to smoke limiter is a whole lot smoother, and you'd imagine the result will feel a bit more polished.

The two tunes above are very typical of the EU2 remaps sold for the past decade or more.

So how does a "new school" tune compare in this regard? 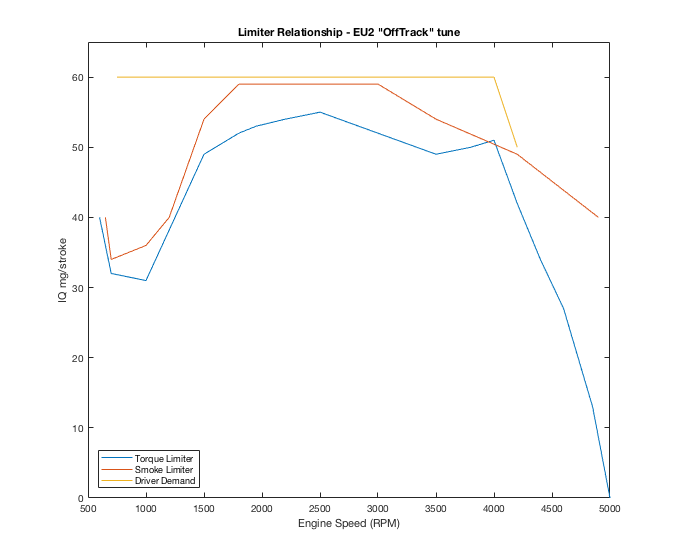 You'll have to excuse the Stage 0.5 tune here. This is the map I'm currently messing around with on my daily driver, so I'm being a little cautious.

The key thing to understand here is that the "new school" tunes adjust the Driver Demand, Smoke Limiter and Torque Limiters to allow the engine to process the requested IQ. Old school remaps run into limiters then adjust duration to give the desired fuelling. This is what makes the two approaches fundamentally different.